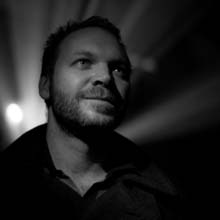 The Executive Director of NBNY, Ethan brings a decade of experience developing art and media projects innovative in form and content. Prior to co-founding NBNY, Ethan produced three critically acclaimed films by Andrew Bujalski, including Beeswax, Mutual Appreciation and Funny Ha Ha, named “one of the ten most influential films of the decade” by A.O. Scott in The New York Times. Trained as a cinematographer, he photographed On Common Ground a feature-length documentary which premiered at the Museum of Modern Art (MoMA) at New Films / New Directors. His writing and directing credits include Game:On, a machinima short for Volvo North America that blends live action footage with real-time animation, shown at the Museum of The Moving Image and recognized for “Distinctive Merit” in the 84th Annual Art Directors Club Awards. He has directed music videos for !!!, Summer Lawns and Guster as well as performing as a VJ with bands including The Fiery Furnaces, The Lovely Sparrows and Franz Ferdinand.